As we approach the end of another season, it is time to highlight those who have stood out in what has been a rollercoaster first season back in the Premier League (hopefully the first of many)….

Who will win one of our coveted ‘Ali’s’?* 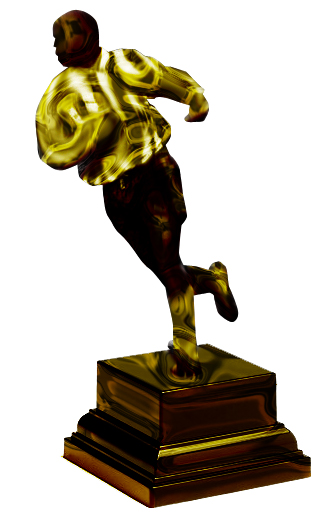 One of the coveted ‘Ali’s’. Who will get there hands on one?

If you want to have your say on who should be honoured, just fill out the following form, all votes will be anonymous and collated with the winners revealed at the end of the season!

* – There is no actual physical trophy. This site is non-profit and always being sued by photographers. Sorry.

Wow. What a day. I was expecting to publish this interview and welcome one person to the club. Instead I am welcoming two people and with a very heavy heart I am saying goodbye to another. Thank you Nigel Adkins, a proper tribute will be up soon. Welcome to the club Mauricio Pochettino. More about the new manager in another piece too, but back to the original plan.

As widely reported over the last few days, Saints today confirmed the signing of Norweigan international Vegard Forren on a three and a half year deal from Molde FK.

The 24 year old comes highly rated and is considered a great young prospect across Europe. He is twice a Norwegian league champion and has 5 caps for his national team. Welcome to Saints Vegard Forren.

As usual at georgeweahscousin.com we like to get the lowdown on all new people at the club from those that know them best so we caught up with Norwegian sports journalist Vegard Flemmen Vaagbø to get all the inside info on Saints new man.

It seems a lot of Premier League clubs were paying an interest in Forren, but then Southampton came from nowhere to win the race. Was this expected in Norway?

VFV:- ‘Everton were for a long time seen as favourites to sign Forren, but also Fulham – amongst others– were tracking him. He also declined an offer from Club Brugge. The Southampton-interest came as a bit of surprise when it was known late Monday night, but from that point they seemed to be in pole position.’

Ole Gunnar Solksjaer obviously rates him quite highly, as do the Norwegian fans. Is it a surprise that it has taken this long to get a move abroad?

VFV:- ‘Maybe a little, but Forren has had his opportunities early – he turned down Hoffenheim 3-4 years ago – and has never had a rush to leave Molde. He has matured as a player, especially the last year, and it seems like the perfect timing for him to leave now.’

Scandinavian players have a rich history with the Premier League, do you think that it is always a preferable destination based on the style of play?

VFV:- ‘I think that was more the case a few years ago. England will always be a very special place to play for Norwegian footballers, but it seems that the players leaving Norway now is as likely to go to Germany (as an example) as England.Yet, for Vegard Forren Premier League was the big dream.’

Forren in action for Norway.

How will Forren fit into the Southampton lineup. Straight away or will he need time?

VFV:- ‘I think he will play quite a lot from the start, but he hasn’t played a competitive match since early December (against Stuttgart in the Europa League), so I would imagine he could need a few games to regain full fitness.’

What sort of defender is Forren, what can the fans expect?

VFV:- ‘He is a “modern” defender. He is very, very relaxed, confident with the ball, he’s good in the air and strong in the challenge. He’s weakness might be his tempo, but he disguises it well by clever positioning. He did some costly mistakes last season, but it seems like that’s in the past.’

Saints have had a good relationship with Norweigan players over the years. Jo Tessem and Egil Ostenstad were very good, and Claus Lundekvam is a club legend. (We won’t talk about Stig Johansen). Do you think Forren is a player who can be a success with the club too?

VFV:- ‘I think Forren has the ability to be a success, and what fascinates me the most about him is how he always seems to master every new level. He came to Molde from Norwegian third division (fourth tier) and very quickly was a regular, he did well for the Norwegian U21 straight away, he performed well in the Europa League and he was excellent in the World Qualifiers last season when coming on from the bench. He rarely gets nervous, and if he gets a good start I think he can be a valuable asset for many years for Southampton.’

Many thanks to Vegard for answering these questions, I for one am pretty excited about this signing!

Error: Twitter did not respond. Please wait a few minutes and refresh this page.

Promote your Page too